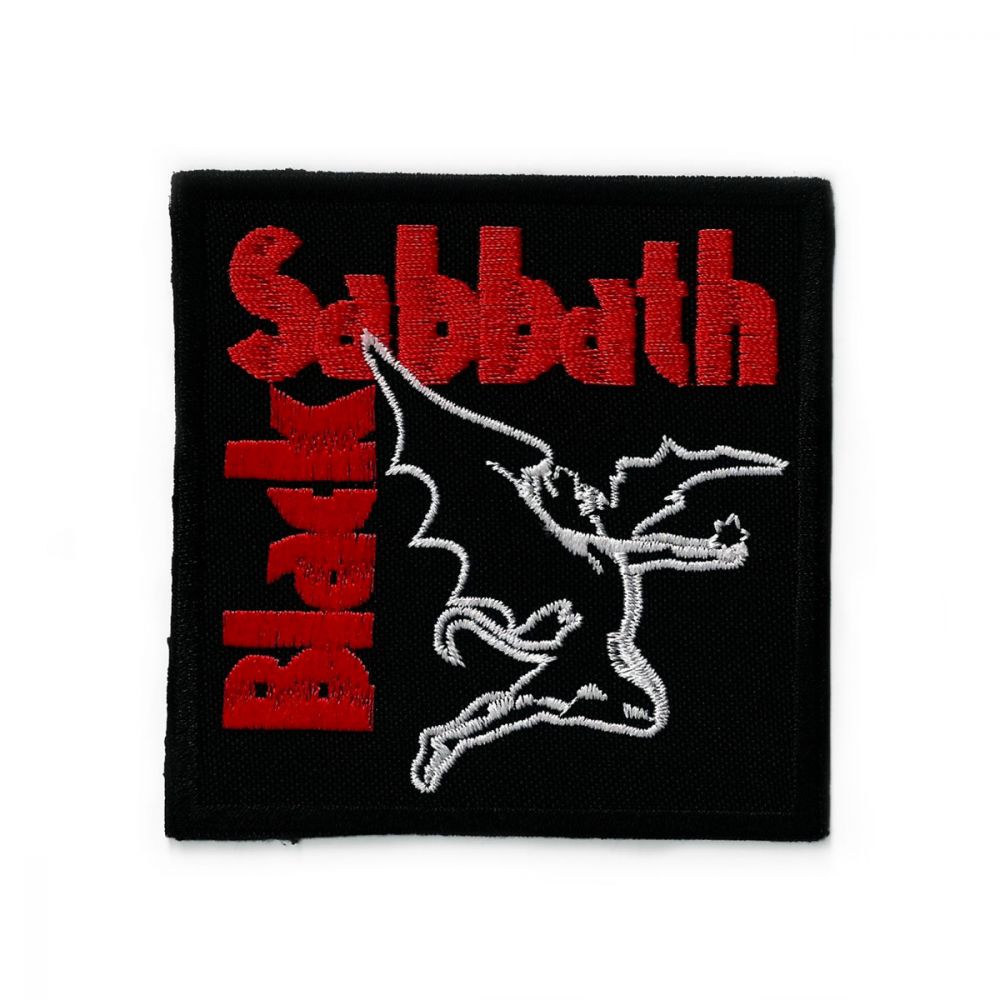 Black Sabbath formed in 1968 and is considered the first heavy metal band. The most known element of the Black Sabbath logo is its iconic mascot emblem. The winged figure with horns and the devil tail is called Henry. Henry was created in 1975 and became an official symbol of the band. He represents the rebellious spirit, as has both angelic and diabolical traits

Embroidered Patch: Patches of this type are typically made from canvas with the design and edge done in embroidery. These can be applied onto your project by glue, fabric ahesive, or some have iron on material. Typically sewing them on is the best form of attachment.