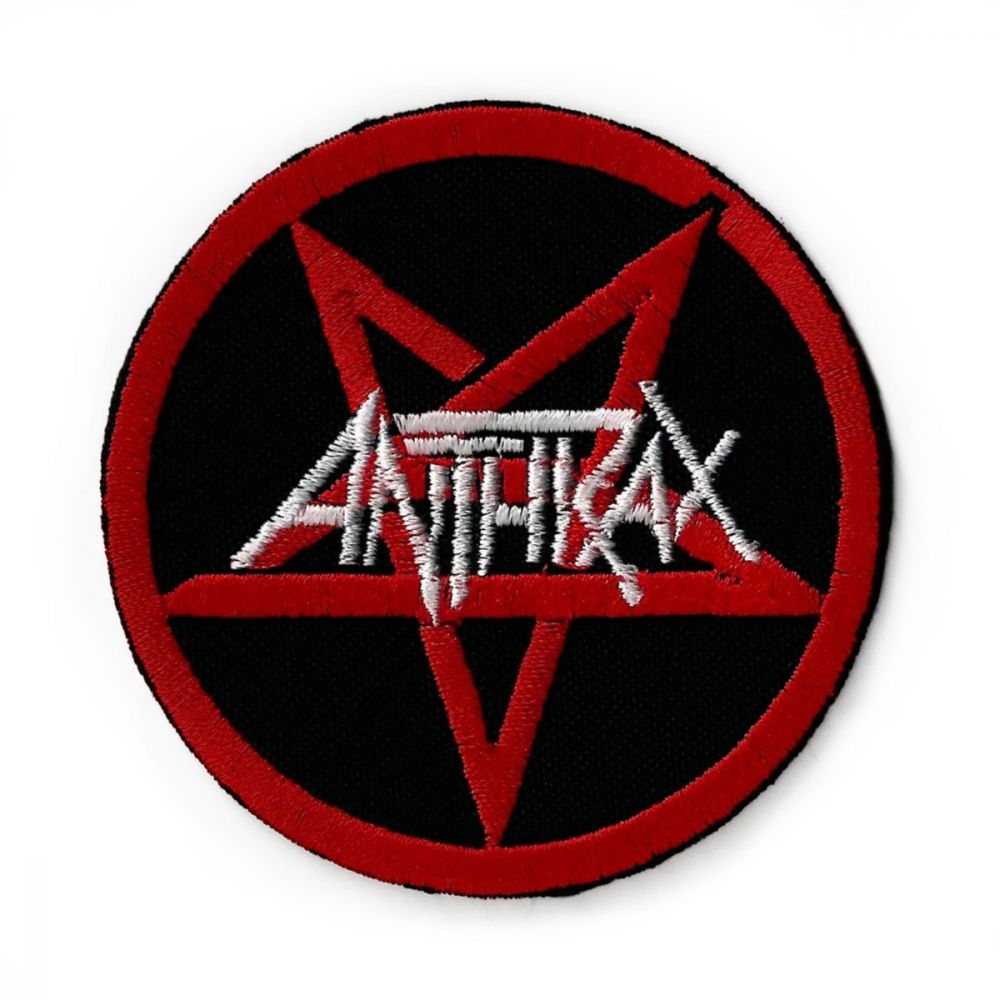 Anthrax is an American heavy metal band from New York City, formed in 1981 by rhythm guitarist Scott Ian and bassist Dan Lilker. The group is considered one of the leaders of the thrash metal scene from the 1980s and is part of the "Big Four" of the genre, along with Metallica, Megadeth and Slayer. They were also one of the first thrash metal bands (along with Overkill and Nuclear Assault) to emerge from the East Coast. The band has released 11 studio albums, several other albums, and 26 singles, including collaborating on a single with American hip hop group Public Enemy. According to Nielsen SoundScan, Anthrax sold 2.5 million records in the United States from 1991 to 2004, with worldwide sales of 10 million. Four of the band's studio albums have also achieved gold certifications by the RIAA, including their third full-length record Among the Living (1987), which cemented Anthrax's reputation as one of the most successful thrash metal bands (From Wikipedia)

Embroidered Patch: Patches of this type are typically made from canvas with the design and edge done in embroidery. These can be applied onto your project by glue, fabric ahesive, or some have iron on material. Typically sewing them on is the best form of attachment.