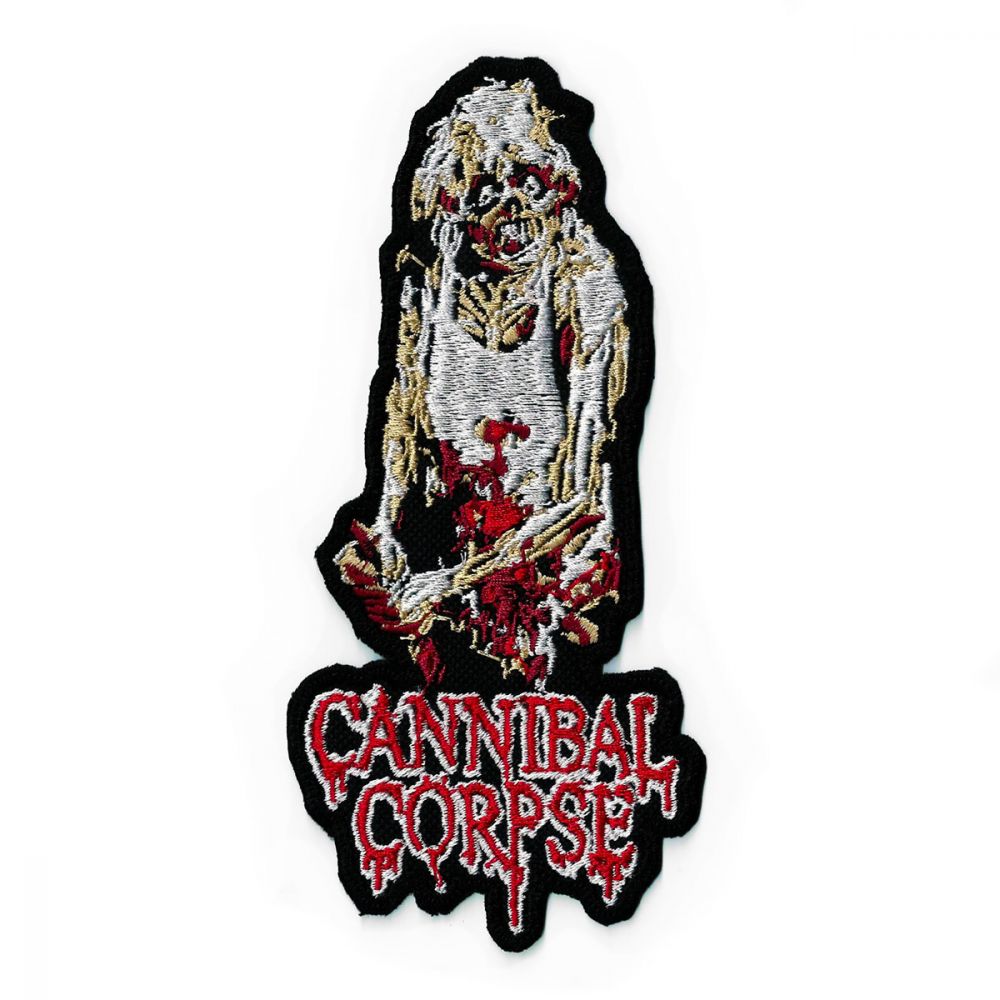 From discogs:
Cannibal Corpse have accumulated an enormous following since their inception and are officially the top-selling death metal artists of all time in the US. The band have also been accused of "undermining the national character of the United States" and seen their albums and indeed, themselves, banned in several countries. Germany, for example, banned the group from performing all material up to and including "Tomb Of The Mutilated" until 2006.

Embroidered Patch: Patches of this type are typically made from canvas with the design and edge done in embroidery. These can be applied onto your project by glue, fabric adhesive, or to iron for those who have iron on material, though the most secure method of attachment is to sew them on.