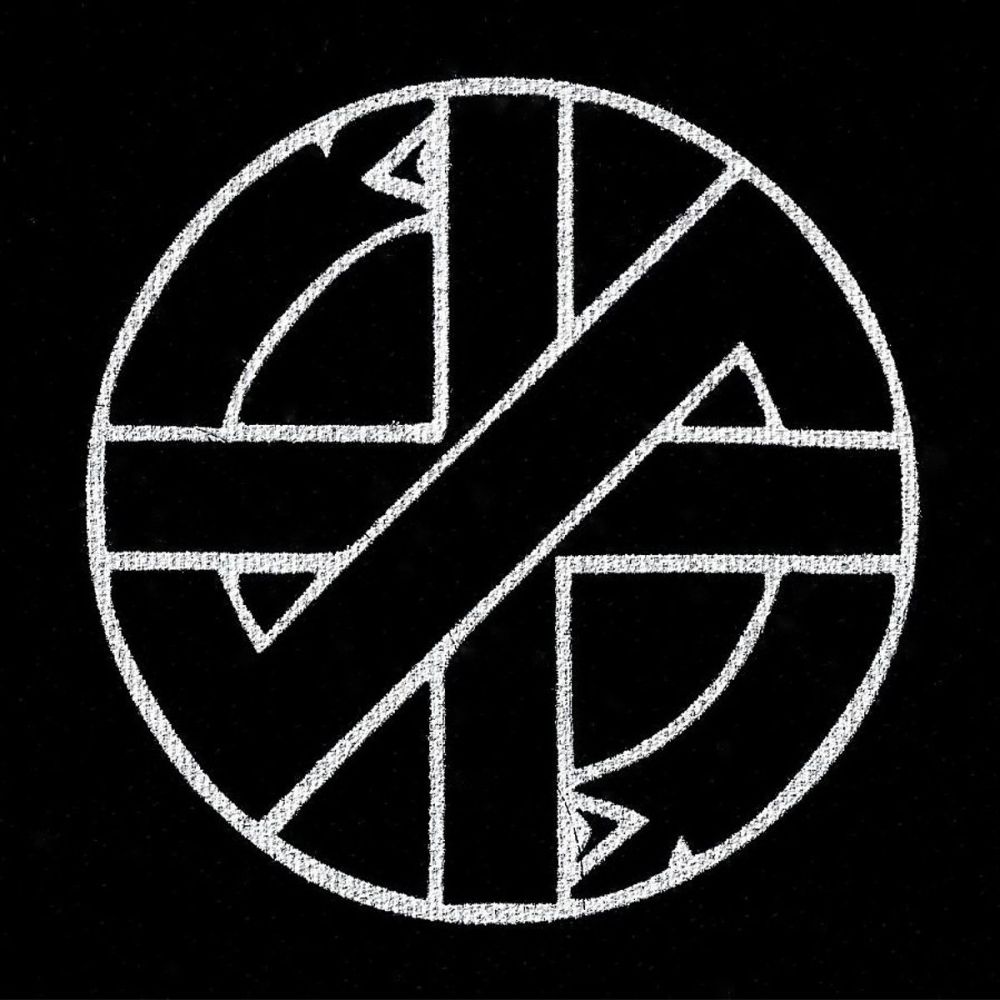 Patch of the Logo for the UK band CRASS

Crass were an English art collective and punk rock band formed in Epping, Essex in 1977, who promoted anarchism as a political ideology, a way of life, and a resistance movement. Crass popularised the anarcho-punk movement of the punk subculture, advocating direct action, animal rights, feminism, anti-fascism, and environmentalism. The band used and advocated a DIY ethic approach to its albums, sound collages, leaflets, and films. (from Wikipedia org)